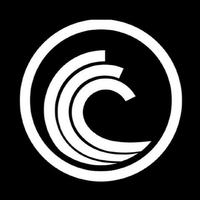 BitTorrent (BTT) the token is a TRC-10 utility token based on the TRON blockchain to foster faster speed on the world’s largest decentralized application.